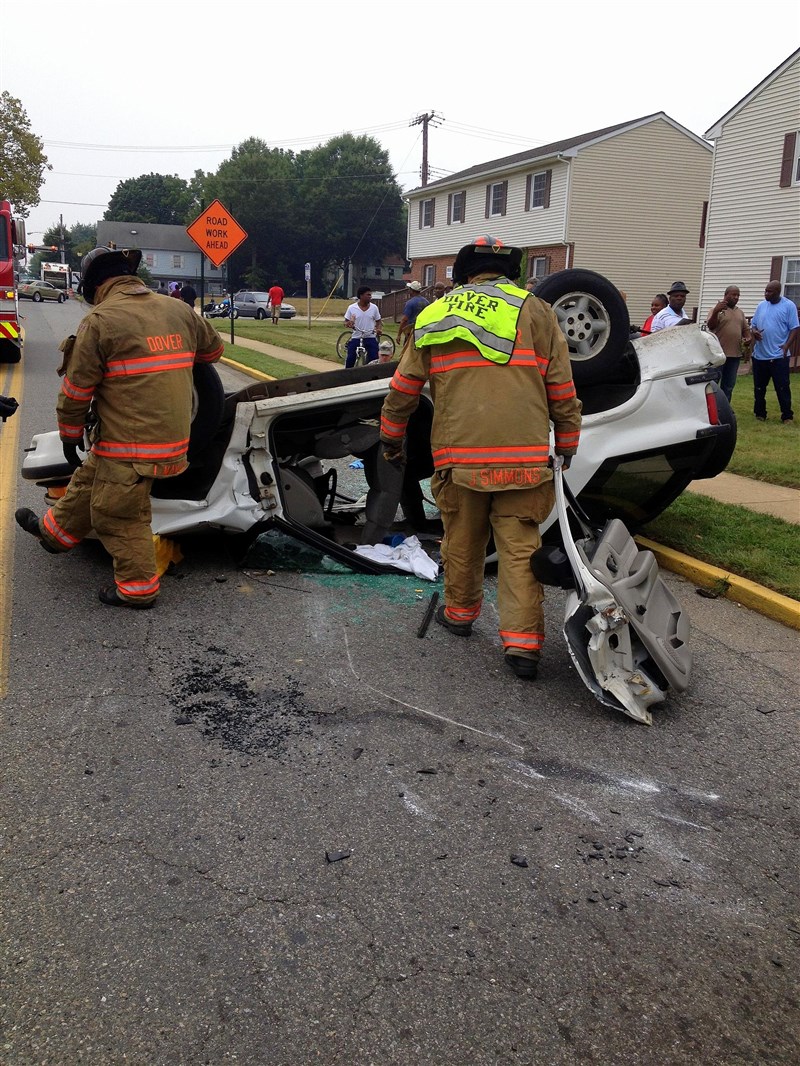 On August 28, 2013 at 1452, the Dover Fire Department was dispatched to W. North St and S. Queen St for a motor vehicle collision with one subject trapped . Deputy Chief M. Carey was first on scene in the Duty Officer vehicle to find one SUV, resting on its roof, with a female subject entrapped. E4 arrived on scene, stabilized the vehicle and began extrication. E2 arrived on scene and assisted with extrication and patient care. The driver’s side door was removed uneventfully and the subject was removed to a long spine board. The subject was transported to the local Trauma center and the scene was turned over to Dover Police for investigation. 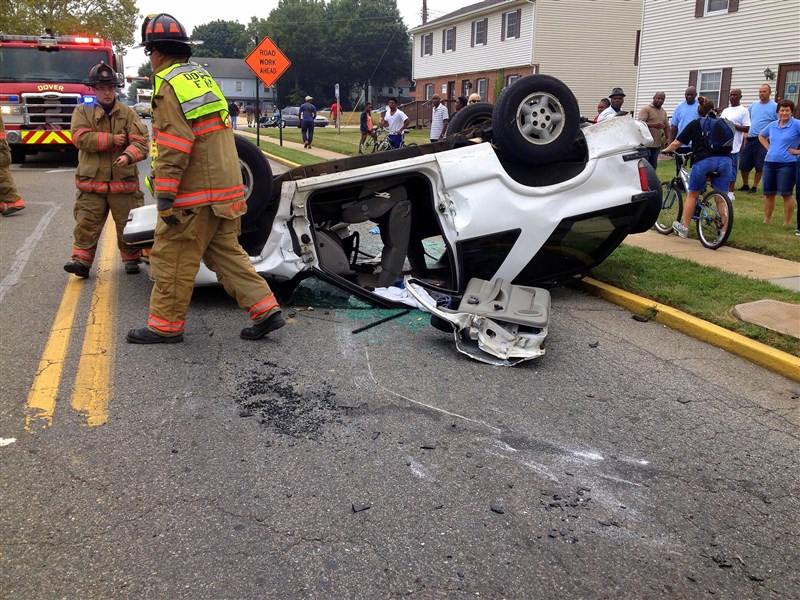