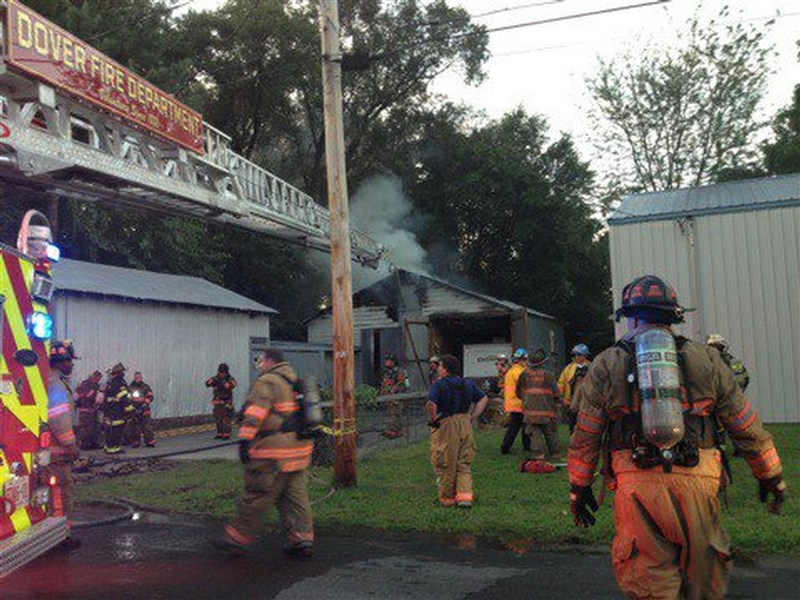 On August 30, 2013 at 2313, the Dover Fire Department was alerted for a ladder company assist in the Camden-Wyoming fire district. L1 and E3 responded to the scene of a large, non-dwelling structure with fire showing. 41 Command directed L1 to place their aerial in service to the peak of the structure. Units remained on scene until cleared by Command.