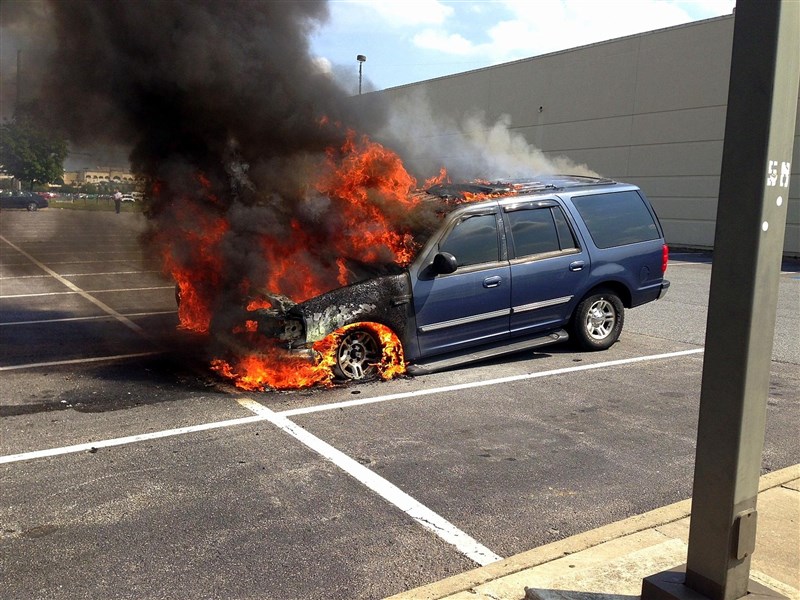 On August 31, 2013 at 1839, the Dover Fire Department was alerted for a car fire at 1275 N. Dupont Hwy, in the parking lot of Chucky Cheese. Fire Chief Patrick West was first on scene in the Chief’s car to find a SUV with the engine compartment ablaze with direct flame impingement on another vehicle.  E4 was first on scene and placed a 1-3/4” attack line in service while a water source was established.  The scene was quickly placed under control and turned over to the Dover Police Dept and the City FMO for investigation. 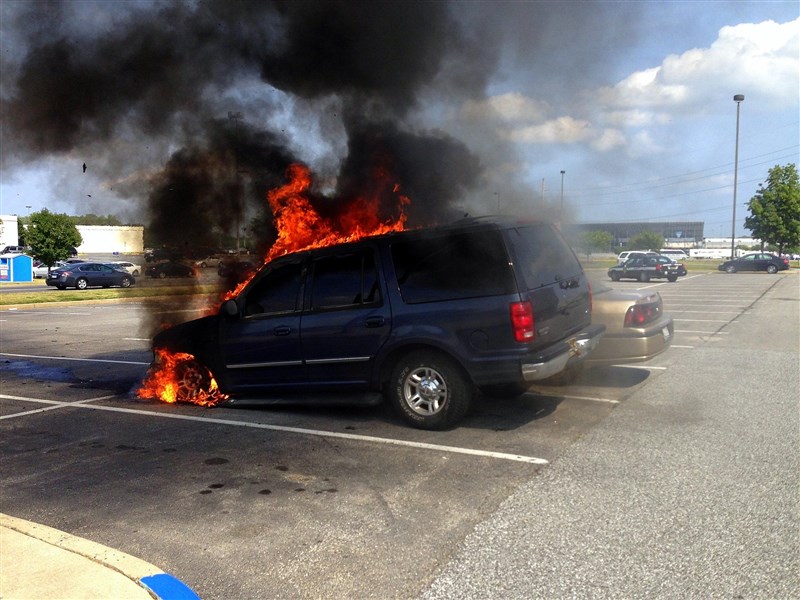 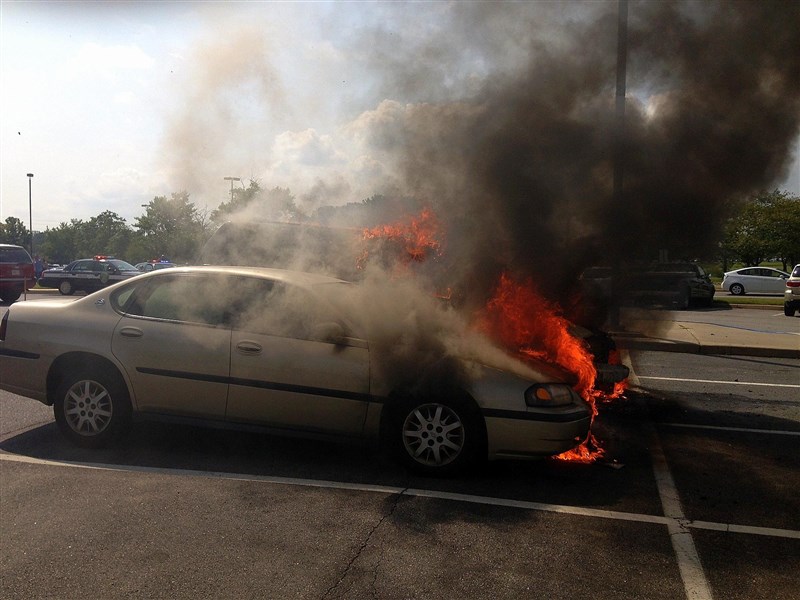 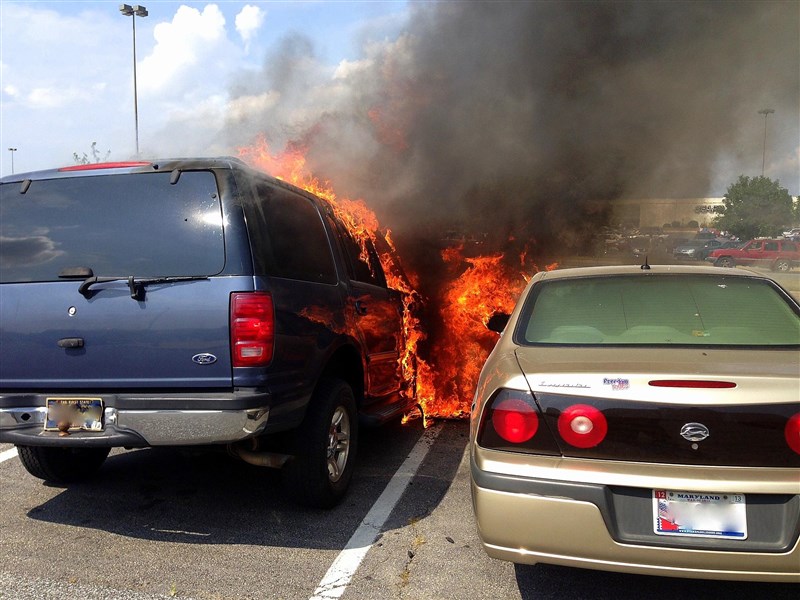 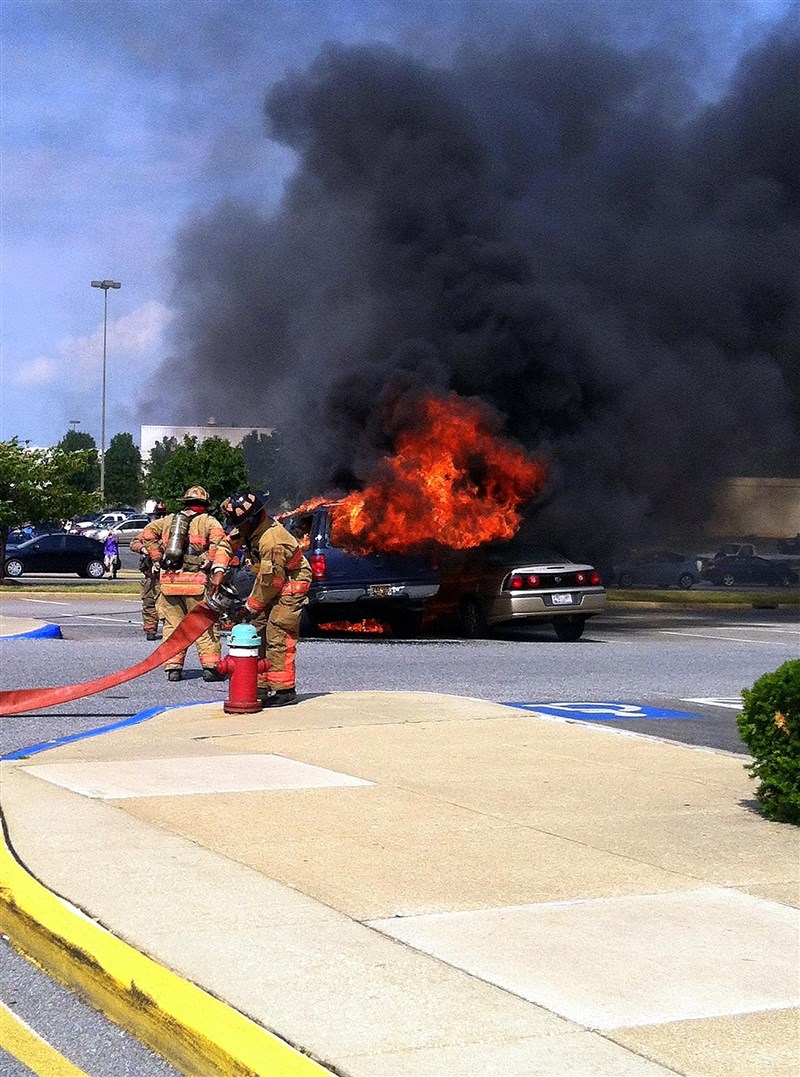