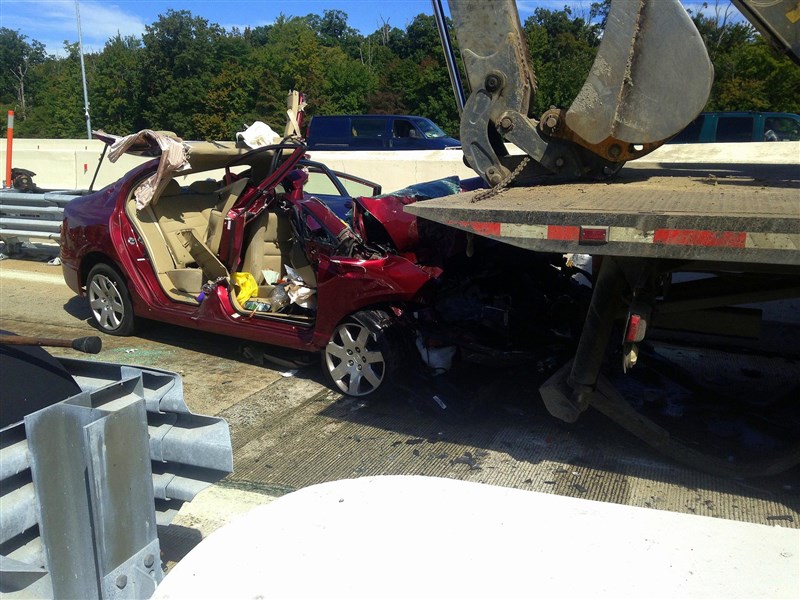 On September 25, 2013 at 1152, the Dover Fire Department was alerted for a motor vehicle collision with heavy entrapment, southbound Rt. 1 at the toll plaza. E4 was first on scene, under the direction of Capt Kelly, to find a subcompact car under a low-boy trailer. The driver was pinned under the dash. E4’s crew quickly stabilized the vehicle and placed the Holmotro rescue tools into service. E3 and R1 arrived on scene and assisted with extrication. The roof was flapped and the driver was removed to a long spine board. The driver was suffering from multi-system trauma and was taken to the local trauma center. The driver of the low-boy trailer was also taken to the trauma center for evaluation. The scene was placed under control and turned over to the Delaware State Police for investigation. 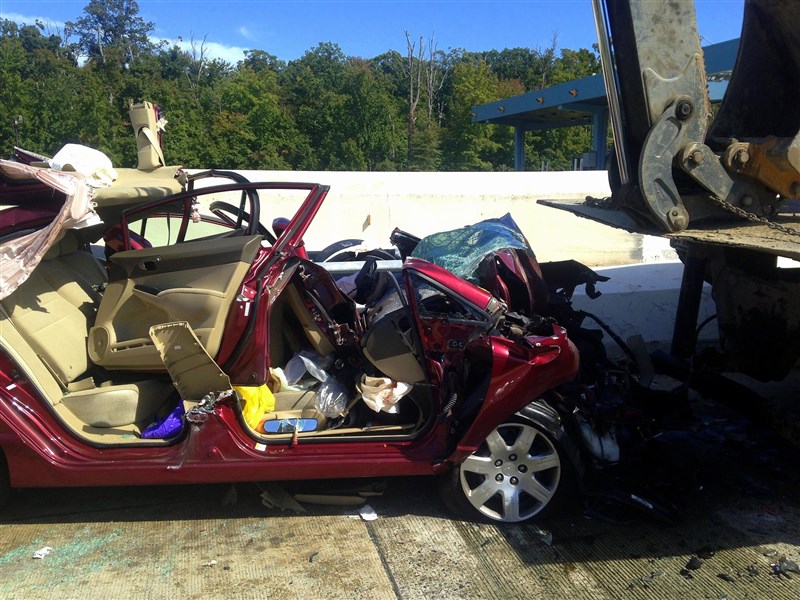