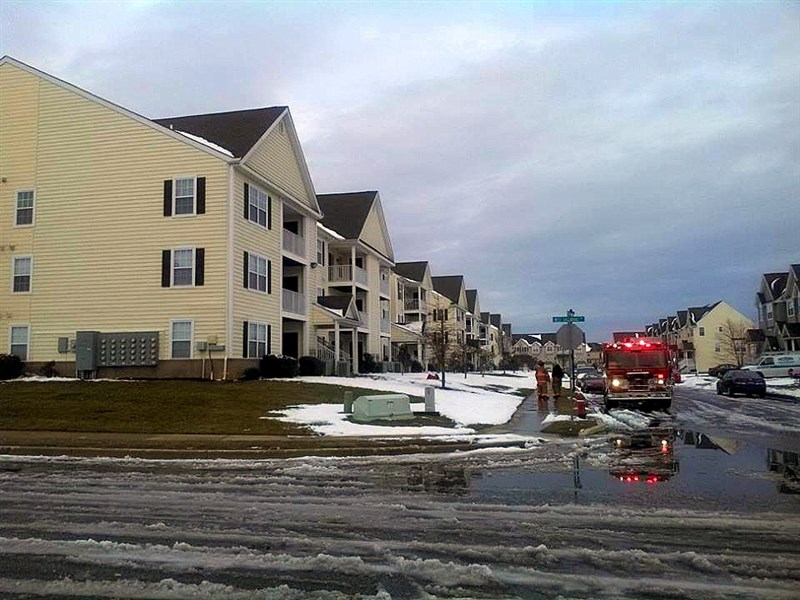 On January 5, 2014 at 1353, the Dover Fire Department was dispatched for a structural collapse at the Cannon Mills Apartment complex. Fire Chief M. Carey was first to arrive on scene in the Chief’s car to find a three-story, multi-family complex with a partial structural collapse on the third floor. E3 was the first in engine as was directed to the third floor to investigate. Crews found a broken water pipe in the attic space above one of the third floor apartments causing the ceiling to collapse into the apartment. L1, E3 and R1 arrived on scene and assisted in evacuating the apartment complex and securing the utilities. The Kent County Special Operations Unit was called into service to assist in determining the structural stability of the units. All occupants were offered medical treatment but refused service. The building was deemed structurally sound and the scene was turned over to the City of Dover FMO and Emergency Management. The Red Cross assisted with those who were displaced by damage.

City of Dover BLS Unit: B63 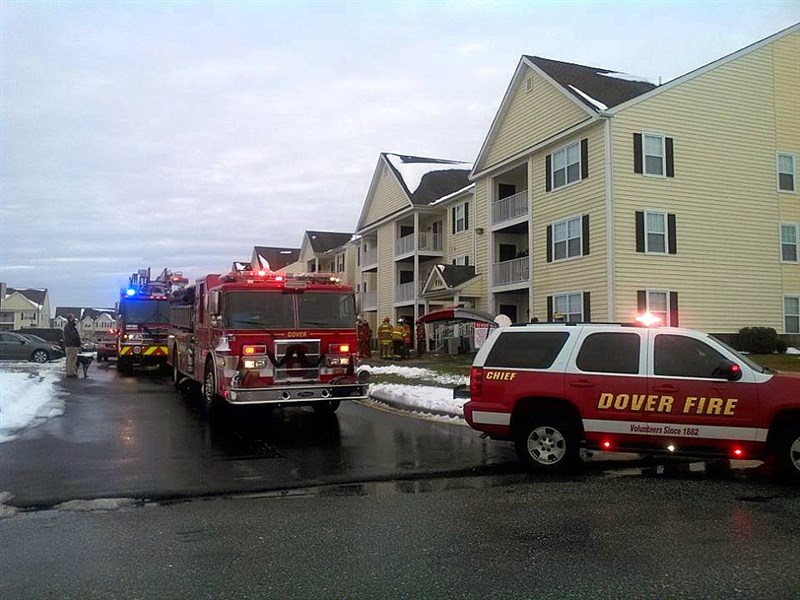 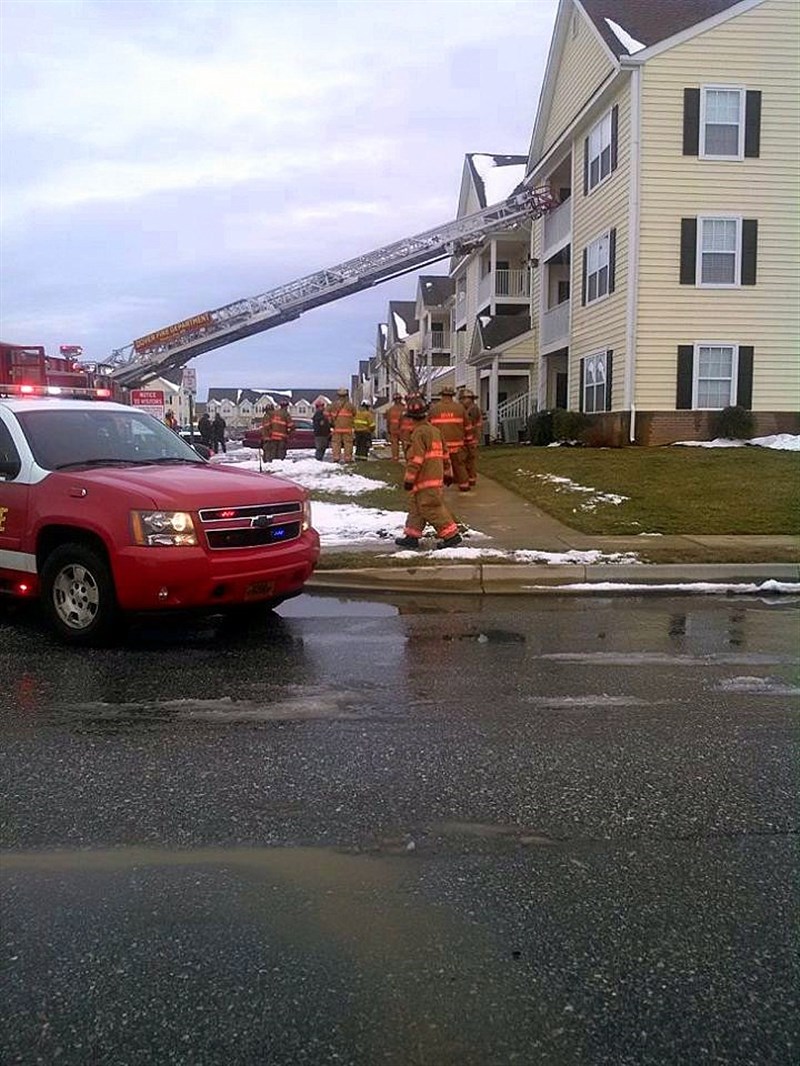 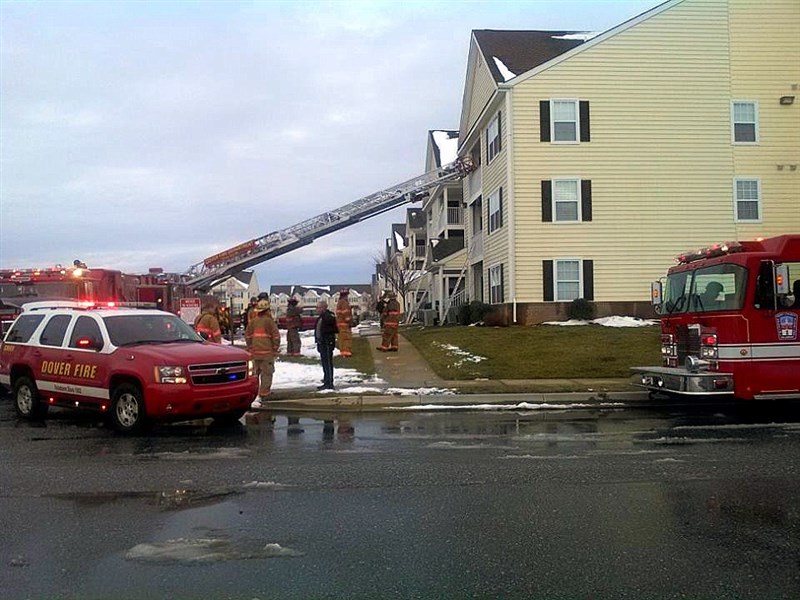