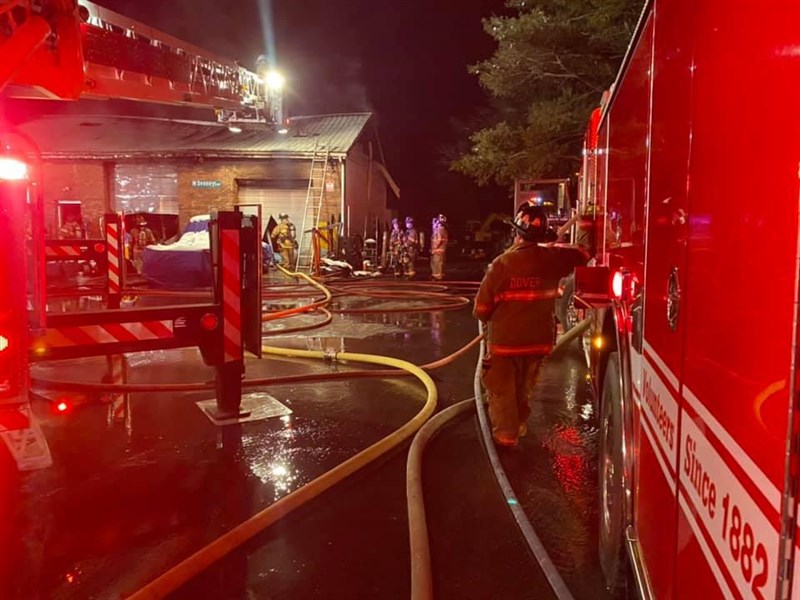 Assist 51 on a Building Fire

On Friday 2/12 at 2252hrs the Dover Fire Department was dispatched for a Ladder Company to assist Station 51 (Hartly) on a working Commercial Structure fire in the 5000 block of Forrest Ave. Command 51 was on scene with a large one story welding shop with heavy smoke showing from the Alpha side (front) and heavy fire on the Charlie side (rear).
Dover Engine 6, Ladder 2, Engine 5, Squad 2 and Chief Carey responded.
Engine 6 arrived as the second due Engine Company and was directed to place a hand line in service through a door on the Charlie side for fire attack. Engine 6 officer was assigned the Charlie Division. The crew of Engine 6 stretched a 300’ 1.3/4” hand line to the Charlie side and forced a door for entry. The crew encountered heavy fire conditions and met the crew from the first due engine and coordinated suppression efforts inside.
Ladder 2 arrived as the first due special service and placed the aerial to the roof. The crew began to cut holes in the metal roof for vertical ventilation and was later used for suppression.
Squad 2 established a water supply fill station at a hydrant on Artis Dr. for the water shuttle. The crew was assigned to check the Bravo (left) exposure for extension.
Engine 5s crew assisted with fire ground operations, the Engine was used in the water shuttle.
Chief Carey assisted Command 51 with fire ground operations.
Interior crews knocked the fire down but due to deteriorating roof conditions and unknown tanks venting inside the evacuation order was given at 2351hrs.
The scene was placed under control at 0020hrs (2/13) with Dover units working on scene until 0130hrs. The fire is under investigation by the State Fire Marshals office

Some photos courtesy of Fred Chase 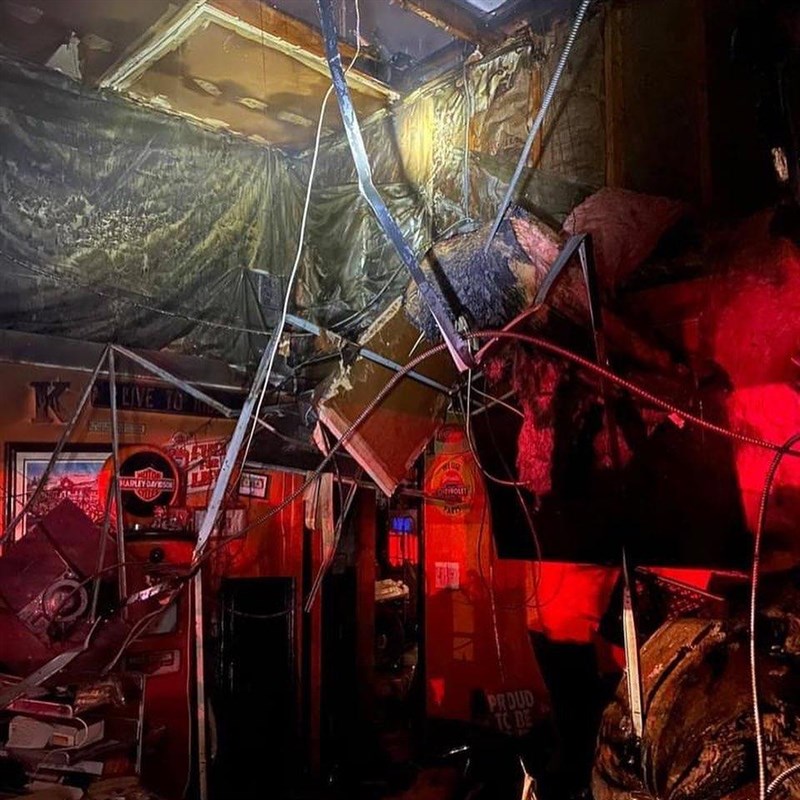 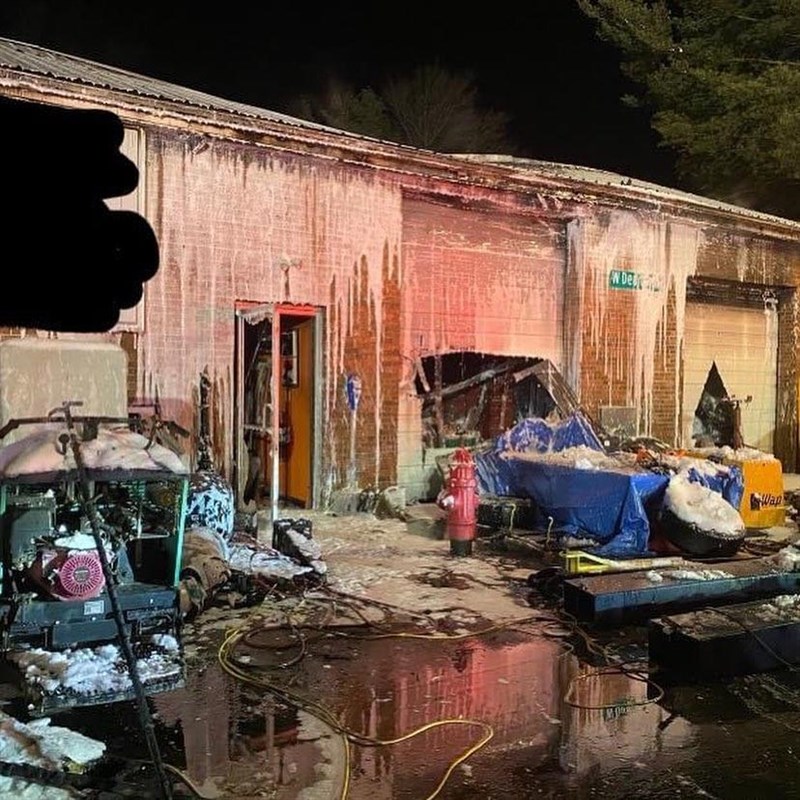 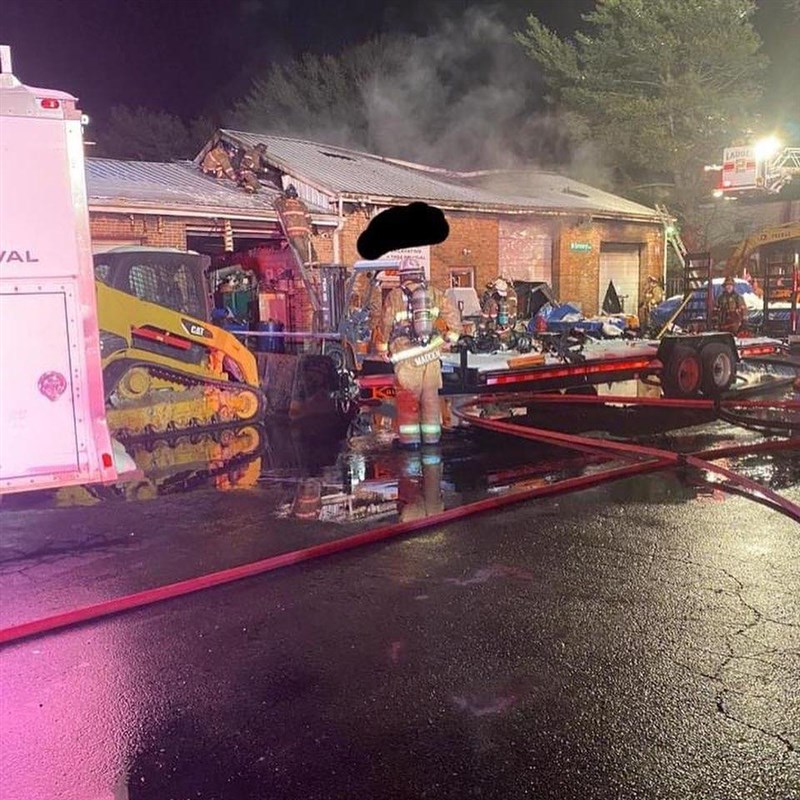 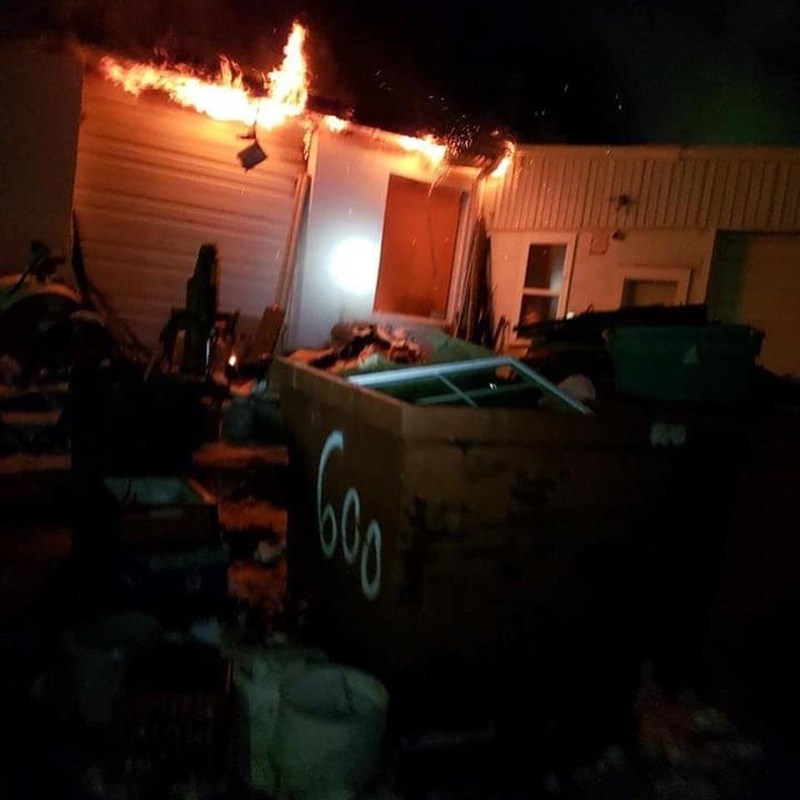 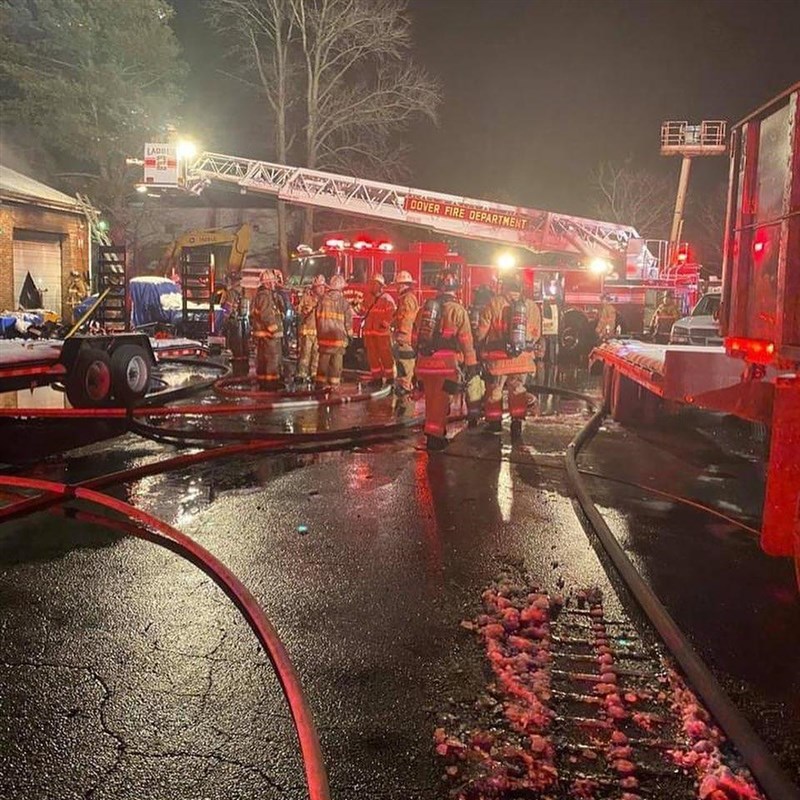 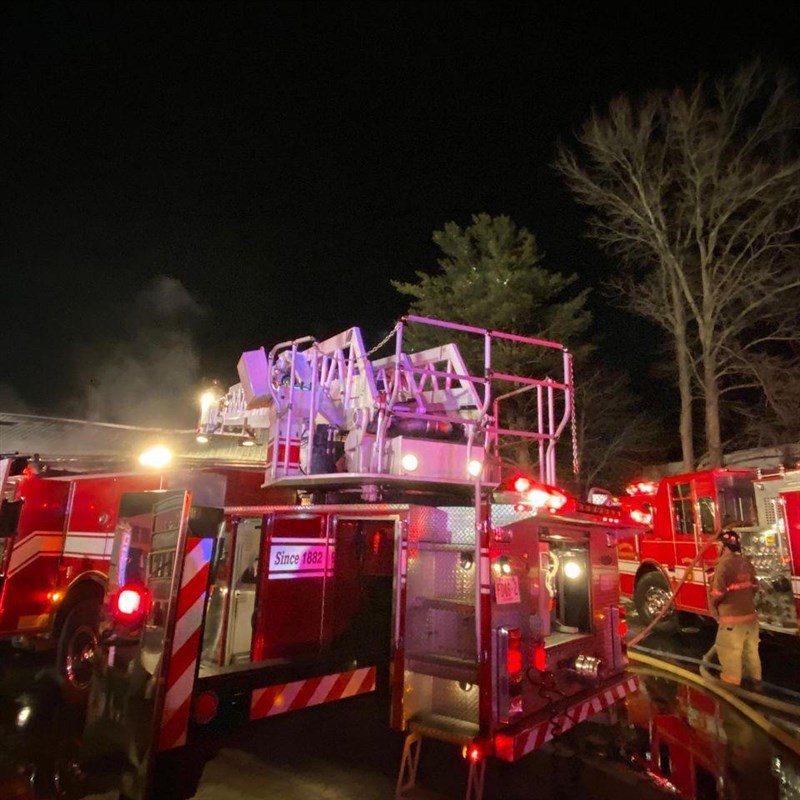 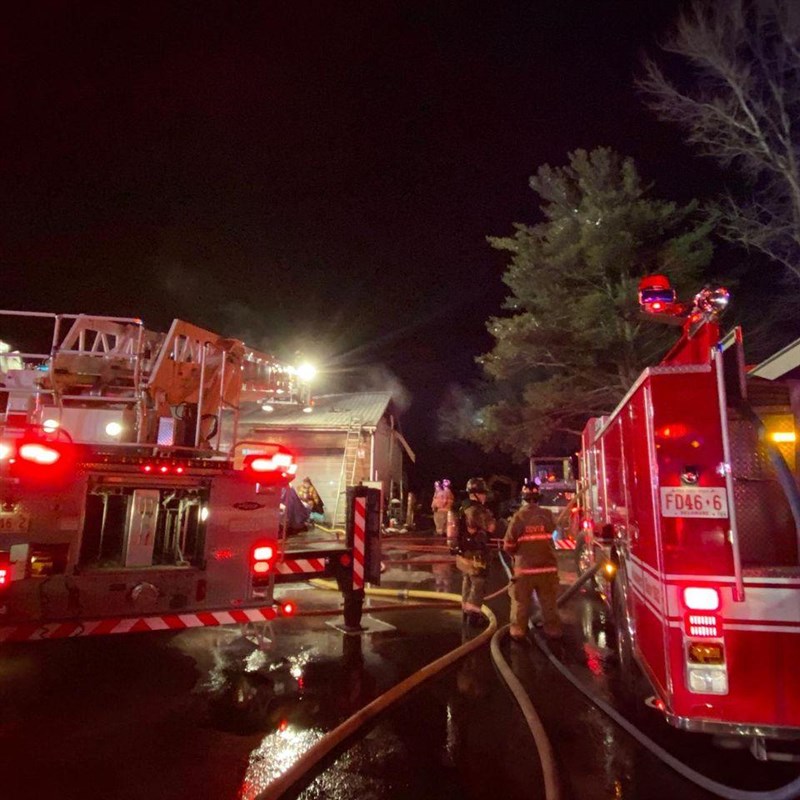 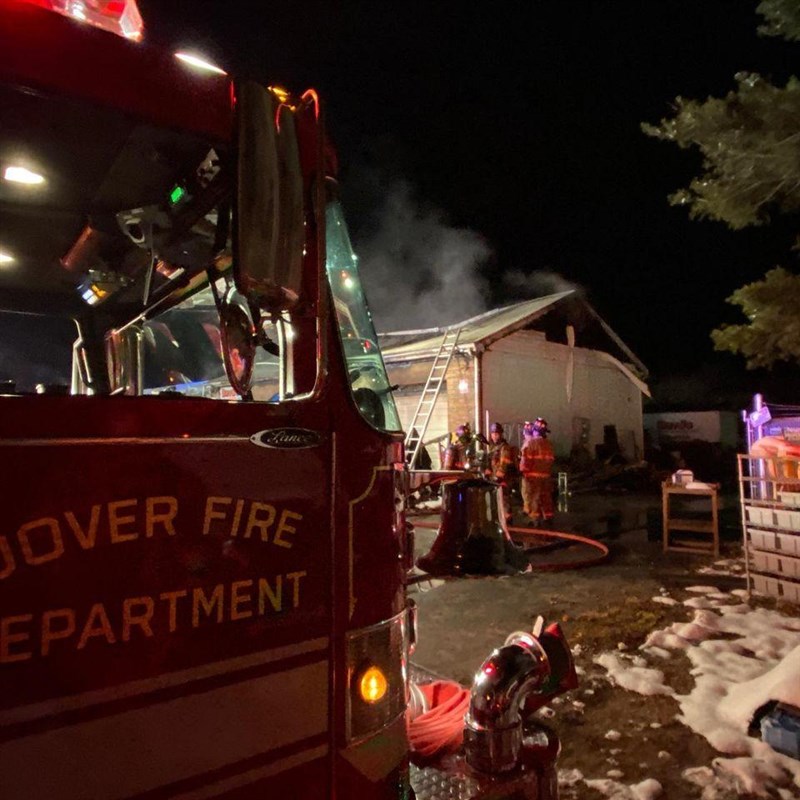 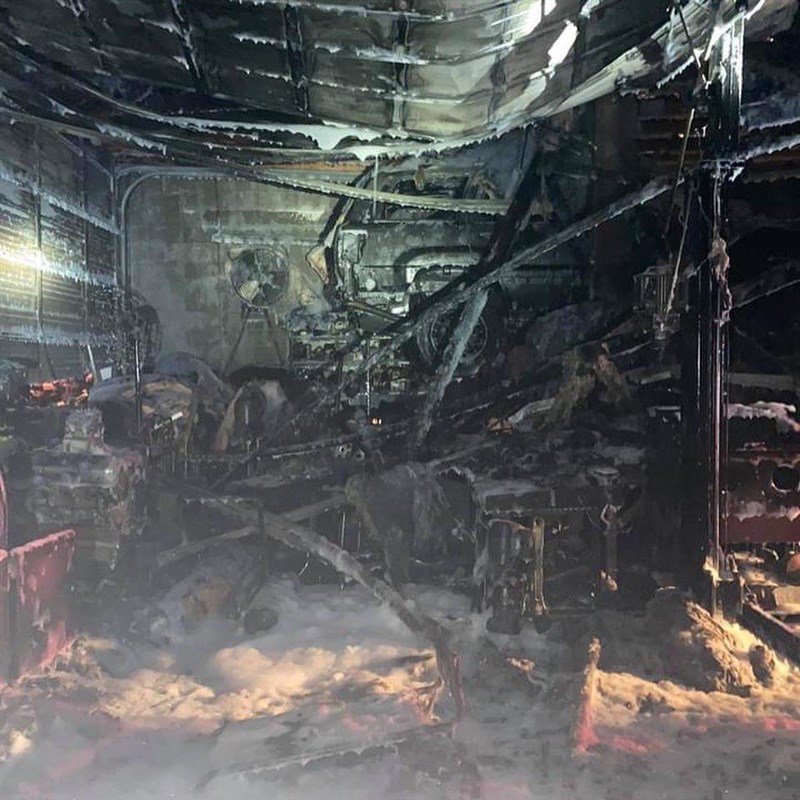