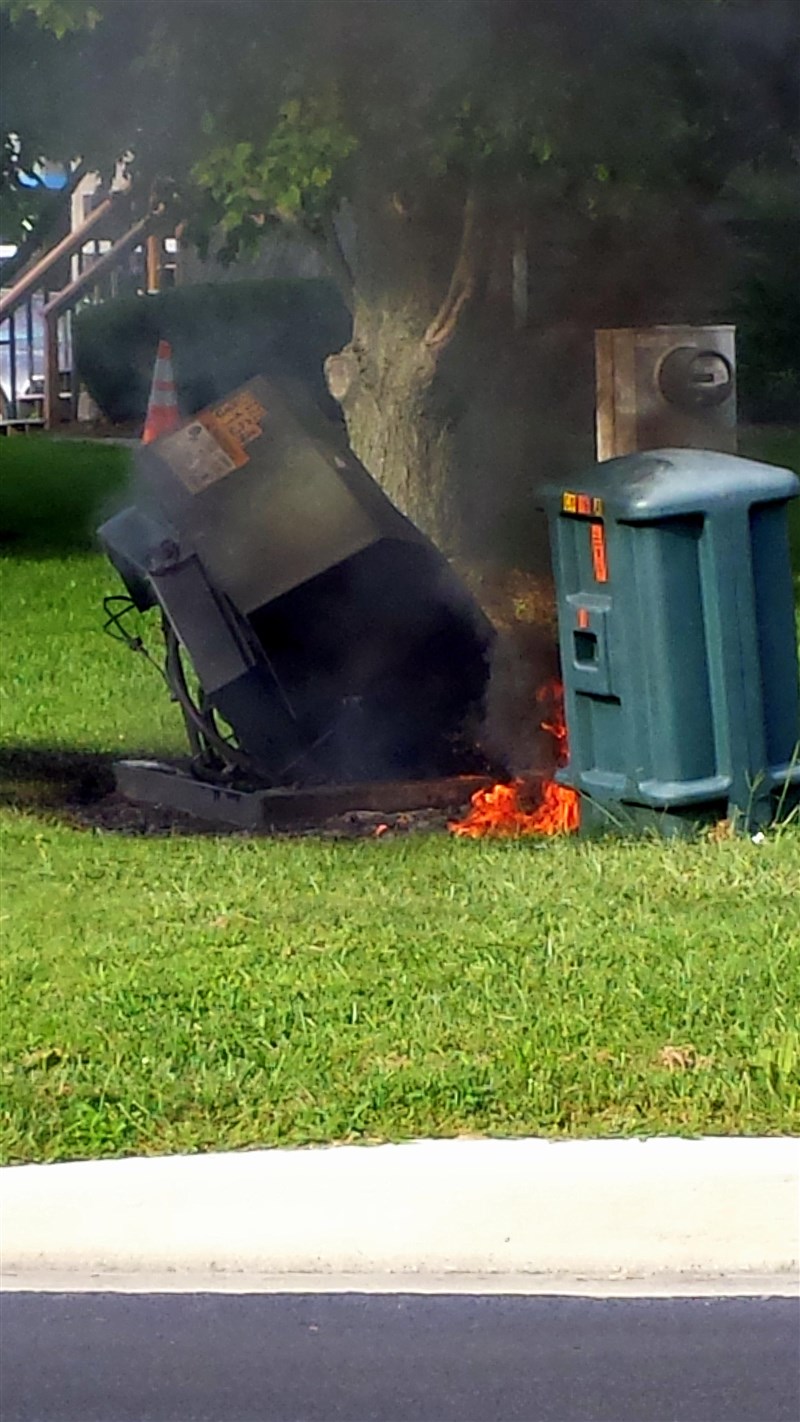 On September 3, 2013 at 1659, the Dover Fire Department was alerted for a possible electrical hazard at 833 S. Governors Ave. Brush 9 under the direction of Capt. Kelly was first on scene to find an underground service box on fire due to an apparent malfunction. The area was secured. Duty Officer Capt. Smetana soon arrived on scene as well. Crews remained on scene securing the area for several hours while City of Dover electric department crews made repairs. 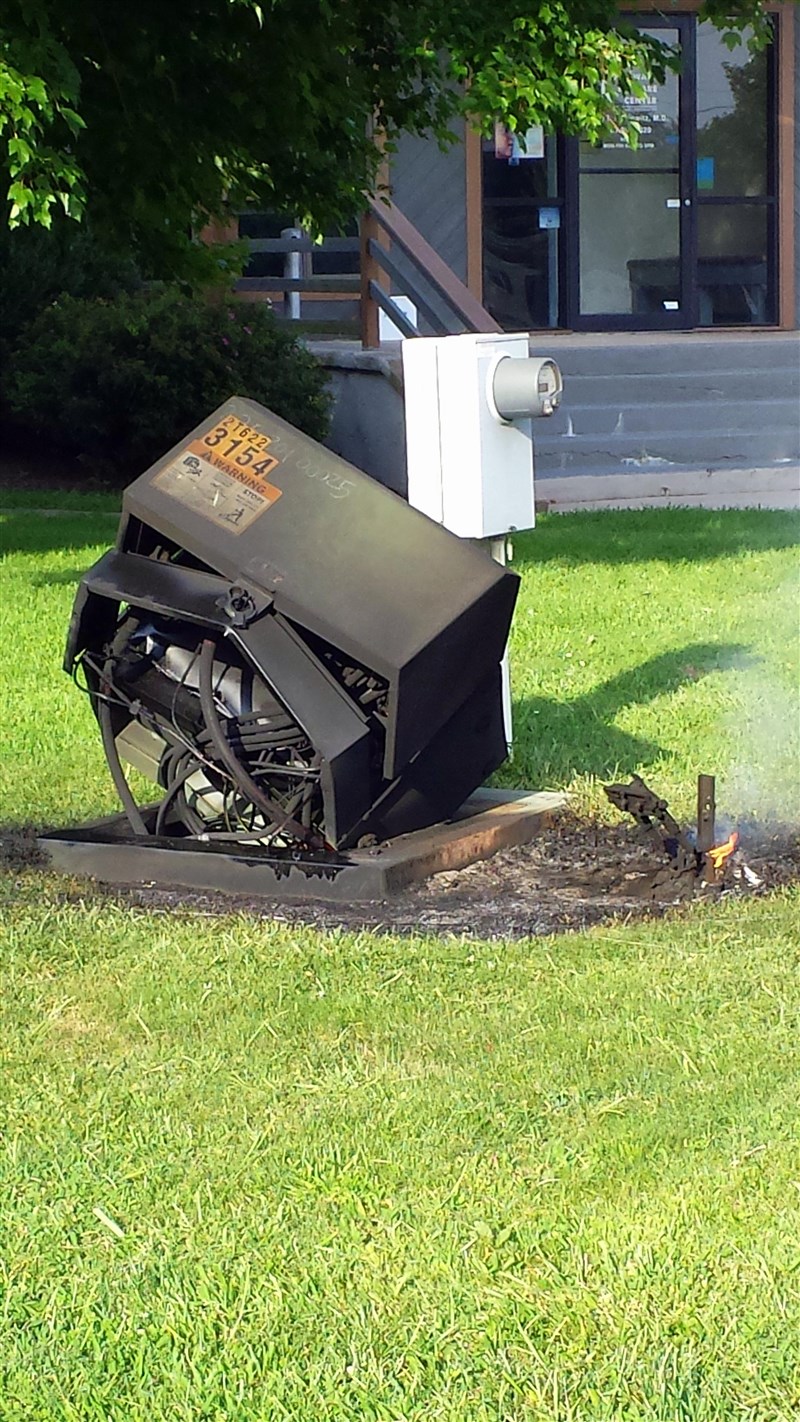