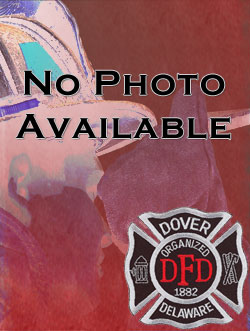 “Woody” was a 1963 graduate of Dover High School where he filled his time playing football and wrestling, before attending Del Tech where he obtained his Associate Degree in Business. Woody enlisted in the USMC in 1968 and proudly fought for his country in Vietnam from 1969-1970. Rising to the rank of Corporal, he was honored with many service medals including the Combat Action Ribbon, Rifle Sharpshooter Badge, and National Defense Service Medal.

After returning from Vietnam, he met and married his wife, Gail. Together they raised two wonderful sons. Wood and Gail enjoyed many cruises and traveling. He also enjoyed playing cards, and his biggest recent accomplishment was teaching his wife and friends to play mahjong. Woody worked for the United States Postal Service for 42 years as both a Letter Carrier and a Clerk. He was very knowledgeable and known to always have a smile on his face as he welcomed the customers he served. Woody was a tremendous father, a loving and proud “Poppy” and never missed a sporting event for his kids or grandkids, no matter the time or distance. Respected by so many kids and parents in the community, he could always be found recording nearly every baseball game, wrestling match, and football game to ensure his boys and their teammates had documentation of their achievements. He was a very proud father, proud of all their accomplishments, especially the 1986 Junior League State Champions from Dover Little League which he helped coach, along with many other teams over the years.

After retiring from the Postal Service in 2007 Woody’s focus was helping Veterans. He was a 22-year member of the Vietnam Veterans of America where he served as Vice President, Sergeant of Arms, and Chairman of the annual oyster dinner. His fundraising efforts were instrumental in helping create the Veterans Memorial in Dover. He was a 24-year member of the 1st Battalion 9th Marines National Association where he served as Vice President, Chairman of the Board, and Membership Chairman. He was proud to be a Marine, attending reunions every 2 years across the country. Reconnecting with other Marines he served with in Vietnam was of the upmost importance to him. You rarely saw Woody without something that said United States Marine Corps. Woody was also a life member of the Dover Fire Department where he proudly served 59 1/2 years. He enjoyed countless morning there with lifelong friends especially sharing stories at the “liars table.”